No, Kodak’s demise did not come about, as many assume, as the result of myopia. It came about, more so, as the result of not making the big, very necessary financial bet required to stay the incredibly iconic brand it had been. It wasn’t that Kodak didn’t see the train coming, or the writing on the wall. After talking with many people who went through this era as company insiders, it became clear that the company’s own projections of the demise of film were incredibly accurate. Its strategic forecasting group was spot on. Kodak had super-attuned advanced radar. Jim Patton, an executive at Kodak for over 30 years, recounted this state of affairs during our conversation on the topic. “We had some really good technical forecasters, “he told us. “As a matter of fact, one of them nailed the basic concept, the basic shift from film to digital right to the year it happened. I want to make it very clear that we knew that digital was coming. There was a fork in the road and they took the wrong fork. We knew we had to replace film, but the problem with film at the time was that the earnings from film were probably 110 percent of the corporate earnings. And that was not a slip of the tongue. The explanation from the company was, ‘This is what we do. We have no choice to be there.’ I think they do have a choice.” Katz’s Delicatessen: Sometimes Staying in Park is the Right Gear

Sometimes the best shifts are the ones you don’t make. If you ask the customers at Katz’s Delicatessen in New York City, they’ll tell you, “Please don’t change a thing.” Personally, as long-standing customers, we agree. Their pastrami, sliced by the cantankerous guys behind the counter, is about as perfect as it can be. That said, the iconic restaurant that’s been serving customers for more than a century is shifting gears, just ever so slightly, so as to expand its business without diluting its authentic flavor.

How, exactly, does a veritable New York dining institution expand without losing what makes it special? Very carefully and very conscientiously, explained the restaurant’s “Top Dog,” Jake Dell proud alumnus of the NYU Stern School of Business. After 128 years on Manhattan’s Lower East Side, the restaurant which is known for its mile-high pastrami sandwiches as well as its cameo appearance in the movie “When Harry Met Sally,” is in the process of opening a second location for the first time ever, as well as in the midst of figuring out how best to leverage technology to better share the quintessential New York deli experience. “While we’ve had several opportunities to branch out over the years,” Dell told us, “the family held off until we could figure out how to do it the right way. We’re lucky compared to other businesses where not changing is actually what makes us popular, especially in the restaurant industry in New York City. That is rare, but that’s who we are.” 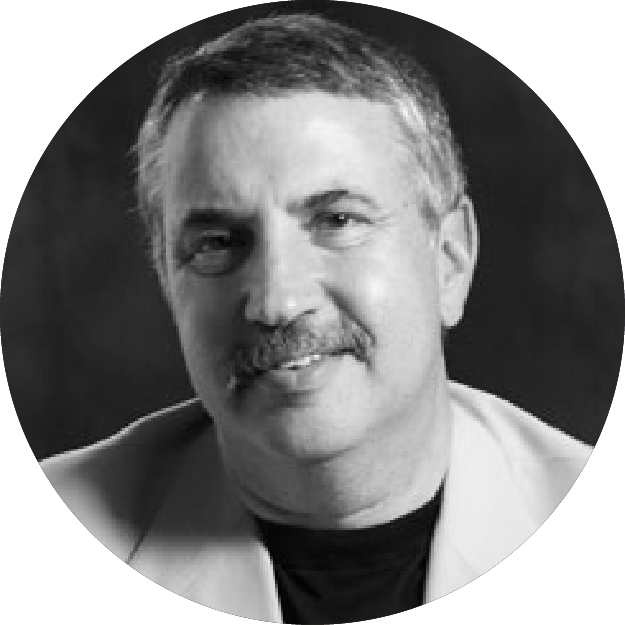 “With the pace of change accelerating at such a dizzying speed, small errors in navigation can come with huge consequences. Businesses that have the skillset to course correct on the fly will be those that succeed.”
Thomas Friedman, Author, Journalist, Pulitzer Prize Winner

Sony: Going Back to Where it Plays Best

That Sony is beginning to win – or win back – in some key areas became evident by the recent, very positive marketplace buzz generated, not for the impending release of the newest Apple product, but the newest Sony product, the PlayStation VR (PSVR) game console, which is expected to give other developers in the space a run for their money. The company is now among the leaders in virtual reality.

The Road Ahead: Forecasting a Future

Looking outside the obvious parameters, getting a broader view of possible futures was also something we talked about with Rita McGrath, a Professor at Columbia Business School. Her particular emphasis is on developing sound strategies for moving forward in uncertain or volatile environments. During our conversation, she said, “It’s as simple and as challenging as keeping your eye on what’s going on with the consumer today and making a better bet than the competition on where they may be tomorrow. Among the first steps is to ask if you are framing your category within a wide enough lens. For example, Ford is not looking at cars, but it is looking at “mobility” as a point of reference. They’re very aware that their existing strategy of making a full range of cars globally is going to be changing, based on how people are looking at transportation options. They’re switching their language and looking at mobility solutions. When you do this, it opens up a whole new range of options you might pursue. So, as to your notion of shift, Ford is evaluating which strategies relative to mobility they are going to make a bet on. The next stage is to assess what you’re going to stop doing, and in some cases, that’s even harder than figuring out what you’re going to start doing. If you want to move ahead, you have to be very clear about ‘these are the things we are no longer going to bet on.’”